It was a civilized start for day 1 as we were pickup up from our doorstep for our trip to the Adelaide airport (very different vehicle to that shown above), half an hour later than we would have liked, but once there the previous nights’ online flight booking and boarding pass print-out made the on-boarding that much more timely and easier.

A direct six and a half hour flight from Adelaide to Singapore was a nice change from the 14 to 16-hour flight to the US or the more than 24-hour total time in planes and airports to get to Europe. Travel today is such a luxury compared to the three months on a heaving ship to get between the U.K. and Australia which my parents had to use in 1953.

However, the lingering uncertainty about aircraft safety, that is ever-present today, should be a minor concern since statistically air travel is safer than crossing the street in some cities.

We are staying overnight in an airport hotel, but Changi Airport is so large, I suspect that the airport hotel is used by those few who get lost in the five floors of shops and eateries and need to refresh before flying out to their next destination. .

It seems that every nationality is represented by the swarms of people streaming past us as we sit down at the food court nearest the hotel.

There also seem to be local Singaporeans at this food court, because there are kids in tow and no luggage. The selection of foods at the food court (one of many) includes pigs trotters, fresh fish from the nearby tanks, fried chicken but not as a westerner would know it (Four Fingers was the brand), Laksa, of many types and pastries including dark grey coloured buns and croissant. I could go on, but clearly the food outlets cater to all tastes.  Makes sense in one of the busiest airports in the world.

The young children eagerly await their father returning from the food court laden with trays of food. Mum keeps a watchful eye on her phone, as her children wish they could run about and play in the playground equipment set-up inside the food hall. Another mother tends to the needs of a baby letting them play with a trinket dangling from her neck. It seems cuteness is universal as the two mothers look at each other and appreciate the parallels of motherhood and also their joint appreciation of how more manageable little ones are especially as they are so cute.

Lee has gone foraging and ends up with a delectable stir fry while I chose the Fried Chicken which I eat but do not enjoy, since it is nothing like what I expected. Maybe my food experience is an indicator for the remainder of our 4 week trip.

Lee's fear that the aircraft noise would be an issue when we get to our room after dinner is soon dispelled as we nod-off to a much-needed sleep since we have a four a.m. start the next morning. 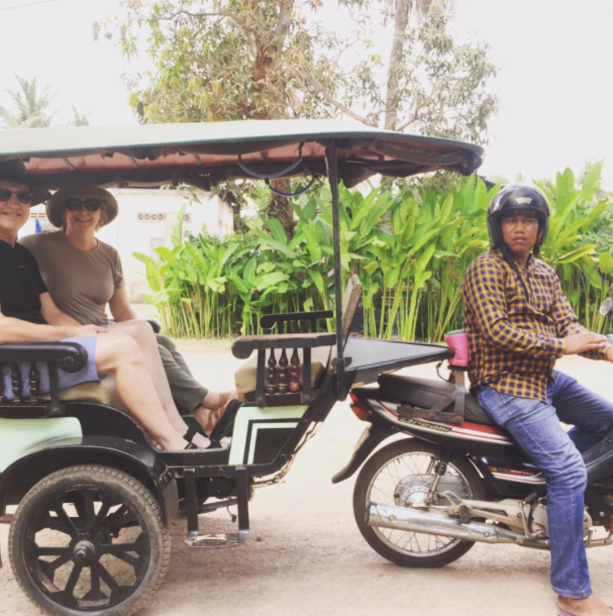 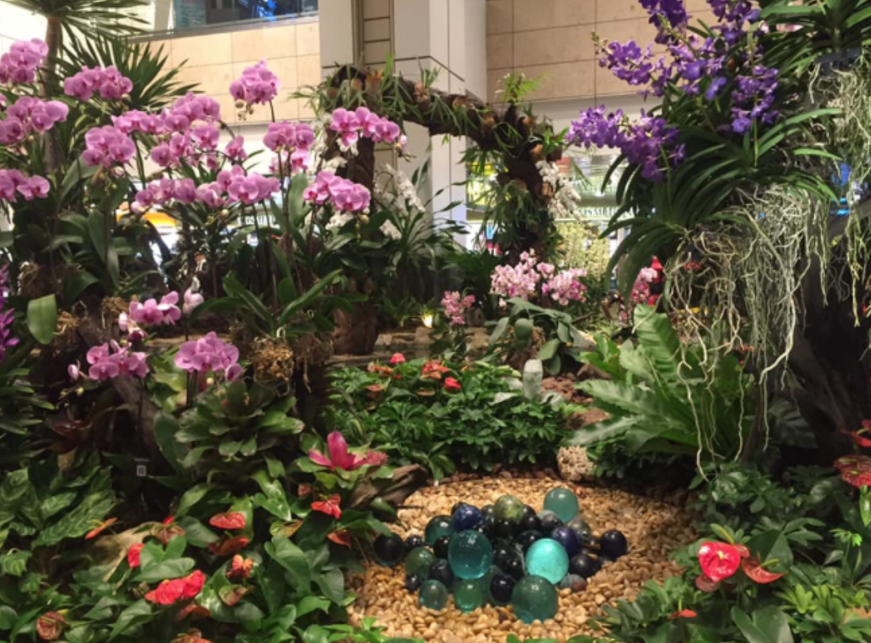 Changi Airport is a wonderland at the intersection of air routes to everywhere.

The airport has made every effort to make stay overs as pleasant as they can be. Gardens, playgrounds, shopping and foodcourts aplenty with quick and efficient transport between the terminals.